Another political debate is over. Interesting. One thing you find out is who can fight. A good thing to know because there is going to be a big one (fight) right up till the November election. Can’t say as I’m looking forward to it, but the good thing is, I learned where the ‘off’ button is on all my devices. I don’t have to listen to the TV ads. I don’t have to read the trash posts.

There is another round of snow to shovel. I won’t bother to mention how that thrills me. The sun is shining, highlighting the ice crystals covering the trees. That part is absolutely gorgeous. I can take almost anything, as long as old man sun is out and about.

I got away for a couple of days. Turkeys came visiting. Food was good. Company was great. Yes, there was snow, but I didn’t have to shovel it. A retreat is such a treat. Funny thing, though, now that winter has finally gotten going, I’m ready for spring. I want to get out in the yard and implement the changes I’ve been imagining. I’ve ordered another apple tree (last year was exciting – picking my first two apples), and I chose two Skyrocket Junipers at a local nursery. They won’t be planted for a while, but I know where they go, once the snow melts off.

I’ve been working on the log-line for Compass Point. A log-line is the essence of the book boiled down into one sentence, similar to the teasers you see on screen enticing you to watch a new television series. It’s not easy to do. There is a long list of clichés that fit the bill, but I would prefer not using them. Problem is, they fit the bill and they’re good. Once you have one in your head, it’s hard to drop it and walk away. Stay tuned. (See what I mean?) 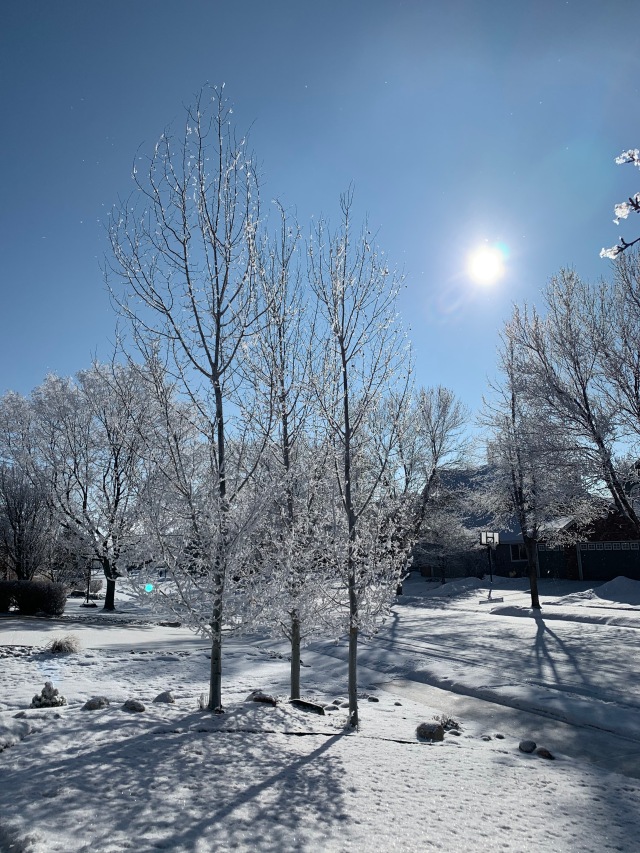