Another plane, and then another. Traveling through the sky is fast, so I suppose it works well for business, but not so much for me anymore. I like to see where I’m going. I like to see the ragged rocks, the colors of the dirt, the shapes of the trees. I like to feel the pull of the road as I drive around a bend or up a hill. I don’t like sitting in cramped seats and waiting, waiting, and again, waiting. I will admit I wrote this blog sitting in a plane – and I can’t do that while I’m driving. Call it a draw, but not quite.

The sunsets on the Trent river were spectacular. My daughter-in-laws corn-meal stuffing for Thanksgiving dinner was awesome. Her dad made his special German pecans and a new recipe for caramel-coconut cashews that I adore. My son smoked our turkey and it was great. I added some of the drippings to my gravy, and learned a big lesson. The smoke flavor overpowers gravy. I won’t make that mistake again, at least until I forget that I already tried it. Every holiday needs one thing to go wrong, right?

The now One-Year-Old’s birthday celebration was a happy day. Her bubbly personality lights her parents up, and that is a joy to see. I had time for long talks with both her Mom and Dad, and lots of play-time and walks with her. Yes, I look forward to sleeping in my own bed, but at the price of leaving – which is always so difficult. Like a mama hen, I want all of my chicks under my wing – not in the same house, but you know, close – not two airplanes away at any rate. Right now I’d settle for getting them all in the same room on the same day. I don’t care if happens during the middle of summer, I’m putting all four grandkids in matching red pajamas for a picture. 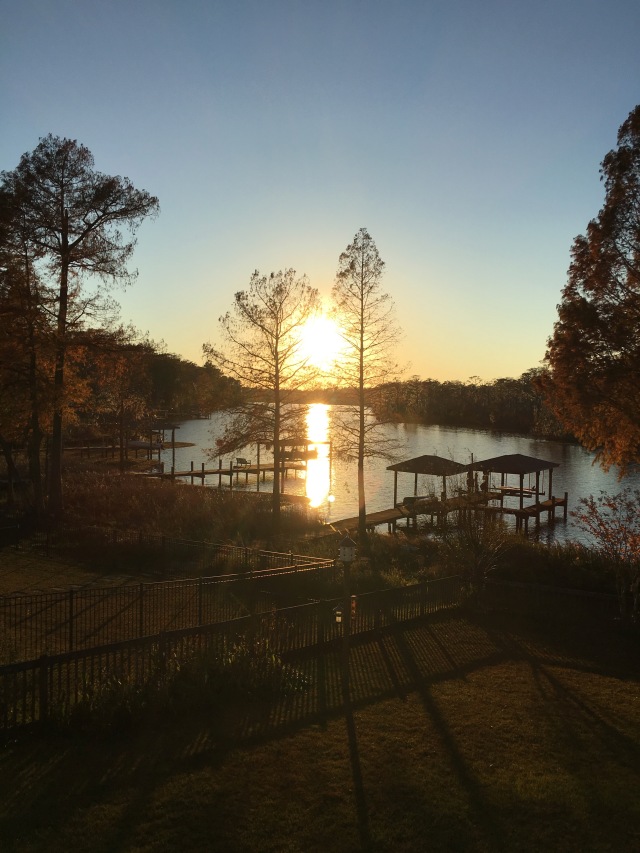